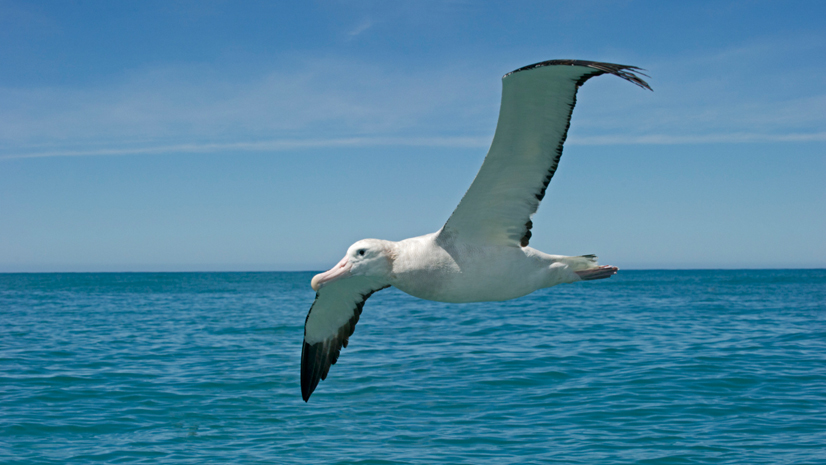 Did you know that albatrosses spend most of their lives at sea?

Incredibly, some types of albatross can travel up to 1000 kilometres in a single day.

They are among the largest of all flying birds.

Some species have a wingspan of over three metres allowing them to take full advantage of the updrafts that form when strong winds are deflected by waves or ...