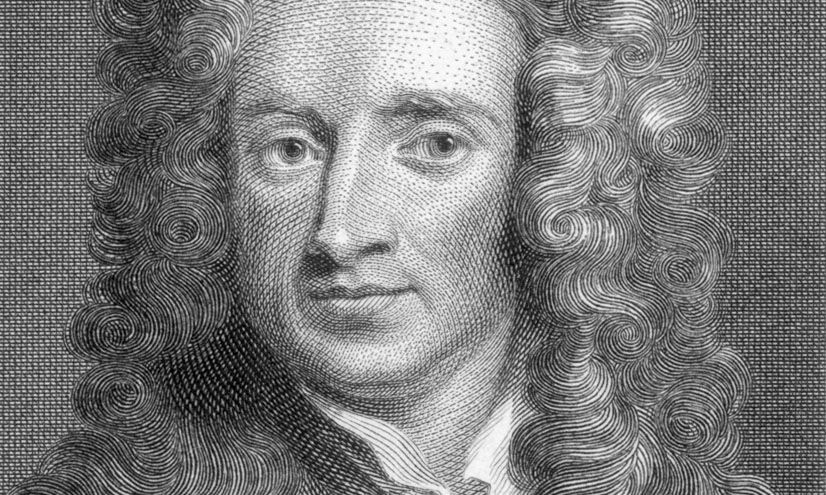 Newton's development of calculus, and how this changed the way we describe the world.

However, a fascination with the world of change would mean he would rise to the forefront of mathematics and become one of the greatest physicists ever.

We know him as Sir Isaac Newton.

It was as a young man in rural England that Newton made many of his discoveries, including a revolutionary approach to maths.

The geometry developed by the ancient Greeks was characteristically static.

But Newton was more concerned with studying the dynamic natural world.

From the everyday horse and cart, to the motion of the solar system.

To describe these systems of change, Newton invented calculus.

Firstly, Newton developed differential calculus, a method for calculating the gradient of a curve on a graph.

He did this by finding the tangent to a curve at a specific point, using algebra.

On a graph plotting distance against time, this allowed Newton to do what mathematicians before him could not.

Find the speed of moving objects at exact moments in time.

Differential calculus:
The study of rates of change

Secondly, Newton developed integral calculus, a method to find the exact area under a curve on a graph, again using algebra.

On a graph plotting speed against time, this method could calculate the exact distance an object had travelled.

Integral calculus:
The study of areas and volumes
And the solution to differential equations

Newton applied calculus to his study of planetary orbits and acceleration.

This led him to develop his Laws of Motion and Theory of Gravity.

Calculus advanced man's understanding of change in the natural world and has revolutionised engineering.

If you ride a bike, fly a plane or walk on the moon.

The best maths to describe what is happening was developed by Newton over 300 years ago.