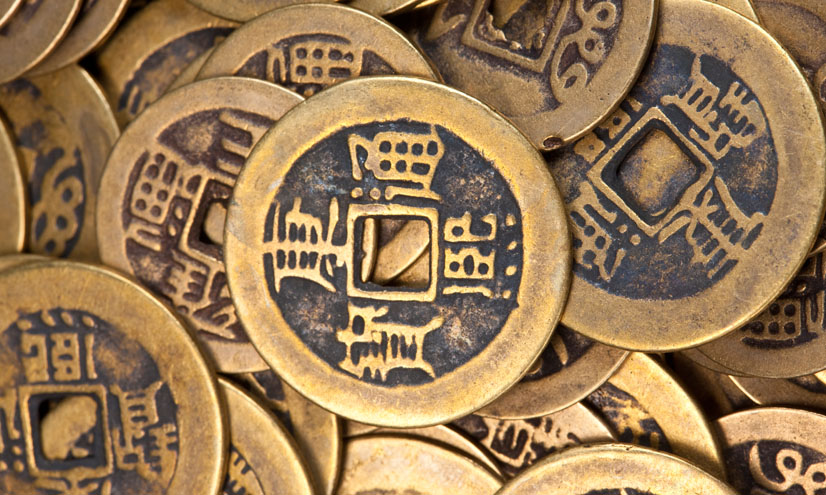 Chinese maths developed independently of the West – but with similar outcomes. Discover the parallels between East and West, and why it appears that Chinese mathematicians often got there first.

Although numbers had existed in Chinese language for many thousands of years, they were first written down around 1500 BC.

Nearly 2000 years after they had been written in West Asia.

And though they worked independently, they often came to similar conclusions to the rest of the world – in many cases getting there first.

Chinese 'Lo Shu' puzzles are grids with a special arrangement of numbers.

Every row, column and diagonal adds up to the same number.

Known as Magic Squares in English, these grids first appeared in the west around 100 AD.

Yet they appear to have originated in China some 1000 years before this.

An ancient Chinese mathematical textbook, dating back to 300 BC, contains the Gougu Rule.

Which demonstrates the relationship between the areas and sides of squares and triangles.

The Chinese mathematicians were essentially using Pythagoras' Theorem hundreds of years before Pythagoras was even born.

Chinese mathematicians discovered Pi independently of the west, though not before them.

It remained the most accurate calculation for the next 1000 years.

Discovered in 1300 AD, Yang Hui's Triangle reveals a pattern in which the inside numbers are the sum of the two above.

Yet his version was not published until the 17th century.

By far the best evidence of Chinese mathematical greatness lies in their incredible feats of architecture.

Such as The Great Wall of China, which could not have been built without complex mathematical models developed by the Chinese themselves.