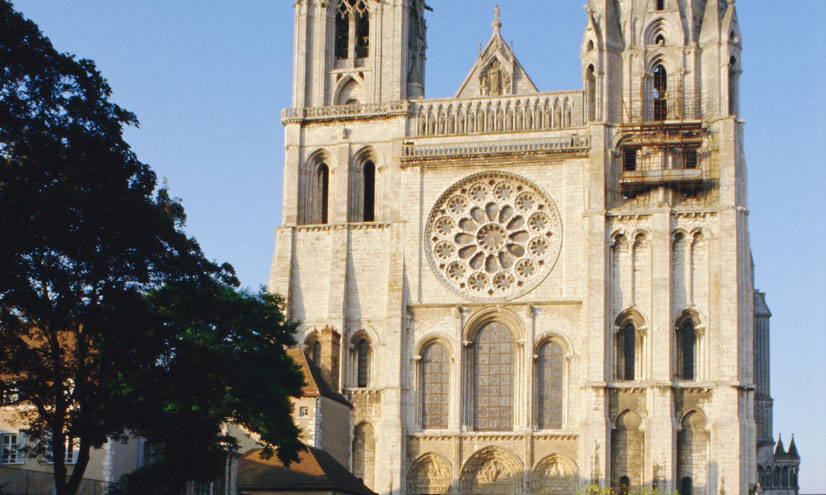 Discover the geometry underlying the design of Chartres Cathedral in France, and its many decorative features.

Medieval cathedrals are among the most striking buildings found in Europe.

Their alluring designs are deliberate, because they were built with mathematics in mind.

Completed in the 13th century, this French cathedral is famed for its geometric ingenuity.

Medieval architects mapped out precise proportions for their immense churches, using the mathematics of triangles and squares.

But another shape was even more fundamental to their work – the circle.

Circles are one of nature's most common and simplest shapes.

From triangles to hexagons, pentagons to squares, all geometric shapes can be created from circles using only a compass and straight edge.

For example, if you draw two lines from the ends of a circle's diameter to meet at its circumference, a right angle is formed.

Circle theorems would have helped the design of one of Chartres Cathedral's most famous features.

The north rose window used mathematical precision to establish a dozen points around a circle.

A 12-pointed star could then be formed from these points.

Geometry can also be harnessed to find the best place to view the window.

By drawing an imaginary circle, beginning at the viewer's eye level.

Which also passes through the top and bottom of the rose.

The position at which the window will look as big as possible is revealed.

This gives the best vantage point for admiring its colourful splendour.