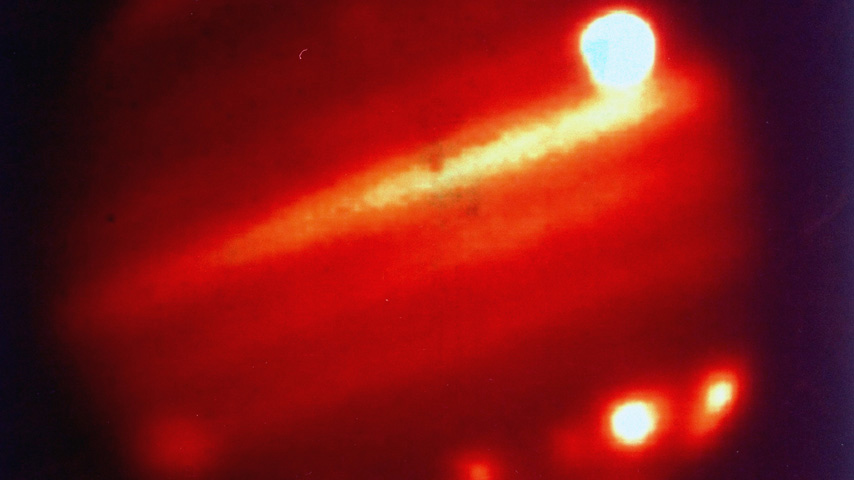 The collision of comet Shoemaker-Levy 9 with Jupiter in 1993 was the first collision of its kind to be witnessed by man.

In the early 90s, it wasn't rocket launches or astronauts that were the talk of the astronomical community.

It was these people.

By early 1993, astronomers Eugene and Carolyn Shoemaker, and David Levy had discovered numerous comets together.

But it was the one they discovered on the 24 March that would ...