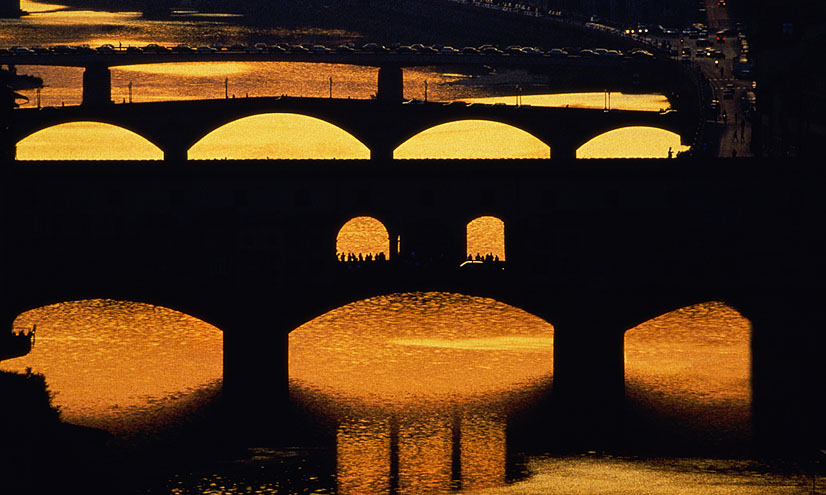 The Seven Bridges of Konigsberg

An early precursor to topology, this problem asks, 'is it possible to cross each of the town's bridges exactly once?' and led to the development of Eulerian paths.

This Russian city was once part of Germany.

Formerly known as Königsberg, its setting on the Pregel River caused a famous mathematical conundrum.

Königsberg was built on both of the Pregel's banks, as well as a river island, past which the river split in two.

The city constructed several bridges to connect its different parts, and these inspired the problem of the seven bridges of Königsberg.

The problem asked whether people could walk around the city by crossing each bridge only once.

Many different routes were attempted to try and solve the puzzle, but it continued to confound those who tried.

In 1735, the Swiss mathematician Leonhard Euler finally solved the problem – by proving it was impossible!

Euler realised that what mattered was how the bridges were connected together.

So he simplified the problem by representing each land area with a point, or vertex.

The bridges were then symbolised by a series of arcs.

This created a simple network, or graph.

And if you attempt to redraw the graph without retracing any lines, it can't be done.

Euler explained this by showing that if you pass through a vertex, you would have two arcs at the vertex – one for coming, and one for going.

So unless you start or finish at the vertex, the number of arcs that meet there must be an even number.

For every arc that comes in, another must go out.

Since there is only one start point and one end point, only two vertices in any graph can have an odd number of arcs.

But Euler's graph of the bridges has all four vertices with an odd number of arcs, proving that the journey is impossible.

Euler applied this rule to all graphs of this sort, calling any possible continuous paths Eulerian paths.

Eulerian path:
A continuous path between points
Passes along every arc exactly once

Euler's work in Eulerian paths would lay the groundwork for graph theory, a branch of mathematics now used in the fields of electrical engineering, computer science and biochemistry.

But Euler had proved that in Königsberg no Eulerian paths existed.

It was impossible to walk through the town without covering old ground.