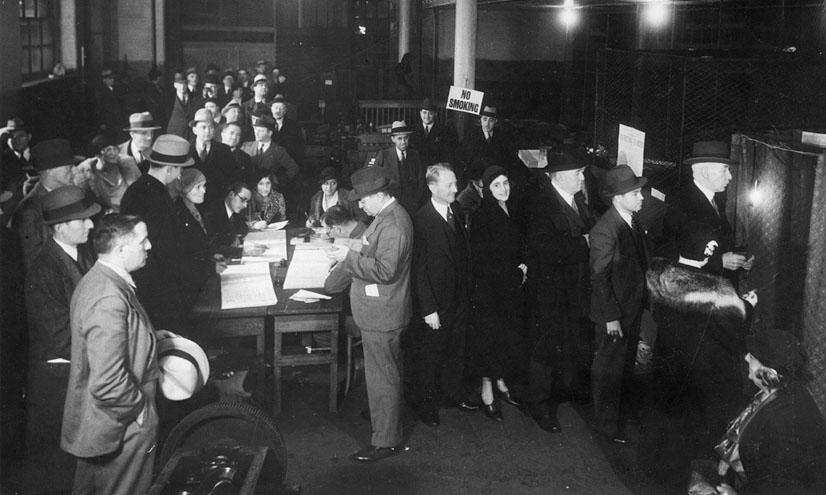 Why a seemingly random phone poll incorrectly predicted the outcome of the 1936 presidential race... because of a hidden bias.

Election day, 1936, saw one of the most surprising election results in the history of United States of America.

The influential magazine, Literary Digest, had polled its readers prior to the election.

But the survey's results were flawed.

Literary Digest had meant to conduct a random survey.

By selecting a cross-section of the population entirely at random, the cross-section should reflect the diversity of the nation's voters as a whole.

Random survey:
Everyone has an equal chance of being selected
Gives a good estimate of how the public will vote

Their sample was selected from the magazine's subscriber lists, and also by random telephone polling.

But this was 1936, and America was in the grips of the Great Depression.

In this time of economic crisis few could afford luxuries like magazine subscriptions, and only the rich had telephones at home.

Bias: Produces distorted results, Sample does not represent the population

The wealthy in America were more traditionally aligned to the Republicans, and so more likely to cast their votes for Landon...

While Roosevelt had gained the backing of the working classes.

So Roosevelt's supporters were not well represented in the sample group and the effect was seen in the election result.

Literary Digest had predicted that Landon would win with 55% of the vote.

But on election day, Democrat Franklin D Roosevelt was the clear winner with over 60% of the vote.

It was the biggest landslide in American election history yet Literary Digest had failed to predict this momentous political event, all because of their simple sampling error.