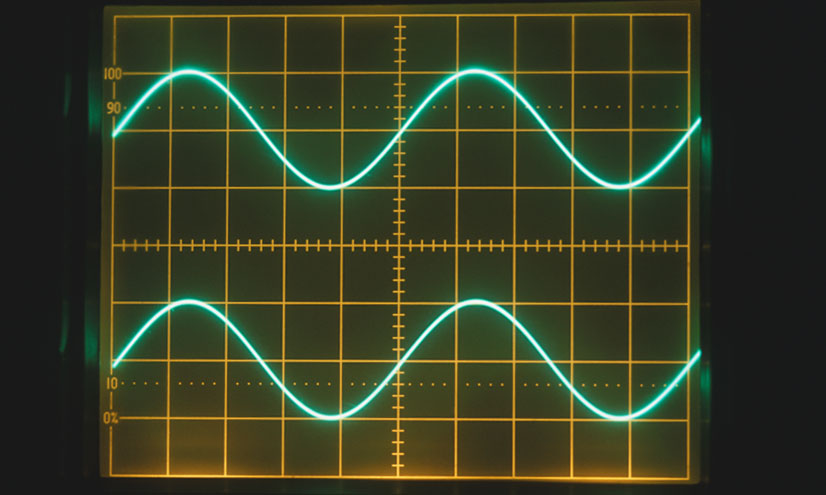 Hear sine waves as sound, and discover the equations that describe them: and the effect of increasing or decreasing the variables of amplitude and frequency.

Every sound in the world is the result of waves of vibrating particles reaching our ears.

These sounds can also be shown as waves on an oscilloscope, and they have some radically different forms.

But did you know you are hearing a mathematical equation?

The sine function can be used to calculate the missing values of right-angled triangles.

But the sine function can also produce a sound.

When this equation is plotted on a graph, it gives the following waveform.

This wave gives a uniform sound, known as a tone.

Adjusting the variables in the equation alters the sound of this tone.

The first variable 'A' stands for the amplitude – how big the wave is vertically.

Doubling A doubles the height of the wave, creating a sound which is twice as loud.

The variable 'f' stands for the frequency, how many cycles of the wave reach our ear every second.

Doubling the frequency increases the pitch of the sound, because more waves reach our ears each second.

Whereas halving the frequency lowers the pitch.

Any sound which has a constant repeating pattern can be expressed through a sound wave and equation.

And although these can be very complex, their volume and pitch can still be simply manipulated by altering the variables of amplitude and frequency.