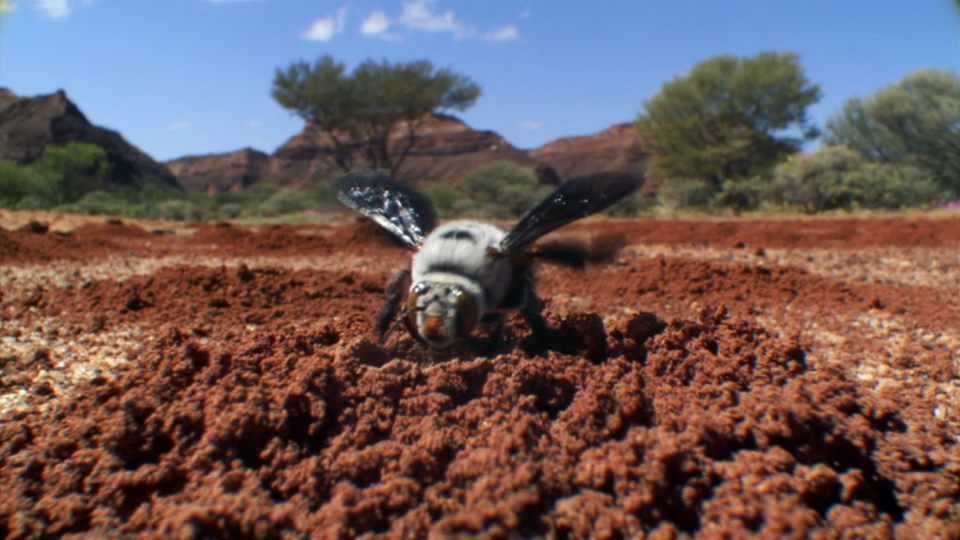 The Dawson’s burrowing bee of Western Australia is one of the largest bee species in the world.

They are solitary bees, which means they live in individual nests rather than forming communities.

Here, thousands are living alongside one another.