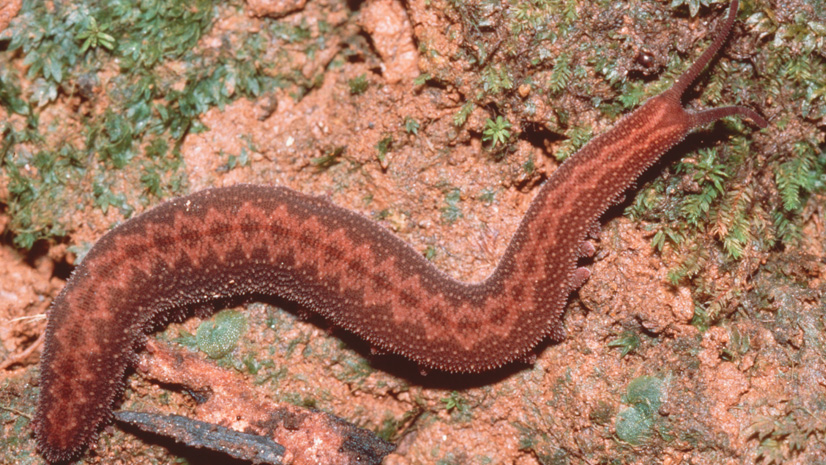 Discover the bizarre hunting habits of the mucus-slinging velvet worm.

This is a velvet worm, and it has an incredible way of hunting its prey.

Sometimes described as a ‘living fossil’, the velvet worm is one of the oldest types of invertebrate in the world.

They’re not actually worms, nor are they related to centipedes, insects, or other arthropods.