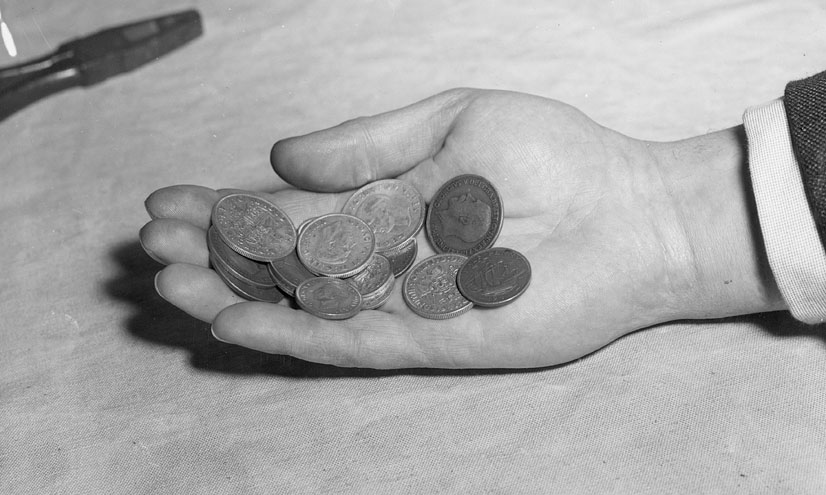 What happened when decimal currency was introduced in the UK. Why is decimalisation 'easier' to understand?

And some fascinating fashions.

Plus a new toy hopped into our lives.

It also saw a challenging change in the United Kingdom's monetary system.

Monday 15th February 1971 became known as Decimal Day – the day when the UK would change to a decimal currency.

Changing from the old system of pounds shillings and pence was a huge adjustment and many feared they would not understand the new decimal system.

"If you see this in your change it's worth a shilling"

"This is worth two shillings"

Before decimalisation, there were 20 shillings per pound.

Shillings were made up of 12 pennies.

And pennies subdivided into 2 halfpennies.

This meant converting from pounds to the different denominations required separate multiplications.

In an age before electronic calculators and instant apps, this caused quite a headache.

Decimalisation changed things for good by using the decimal system – which uses the figure 10 as its base.

Numbers take on particular values known as place values, depending on where they are in relation to the decimal point, including units, bigger values, like hundreds or smaller ones, like thousandths.

With decimal, if you move a digit one place to the left, it makes the number 10 times bigger.

If you then move it two places to the right, it makes it 100 times smaller.

The UK's new currency comprised 100 pence in a pound – meaning only simple sums were needed to convert pounds to pence.

The system streamlined how to make sense of money, and most countries in the world now have decimal currencies.

Many things have changed since 1971 but Decimal Day saw a timely transition for the best.