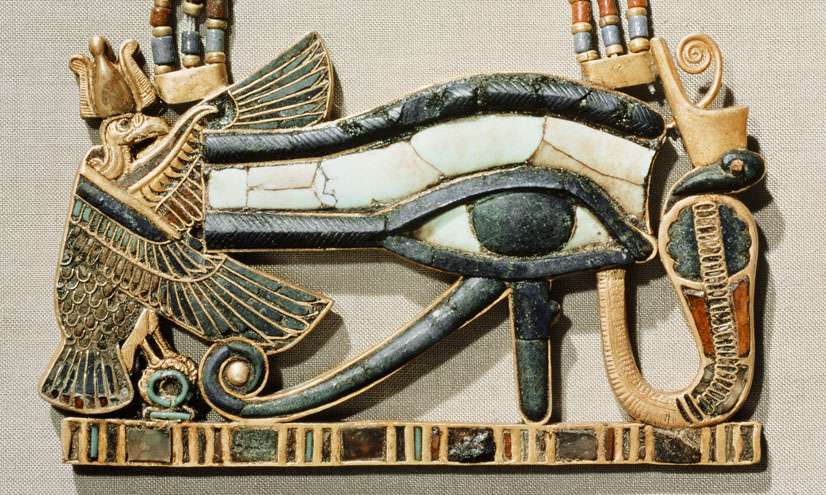 The Egyptians and Unit Fractions

How the Egyptians used the Eye of Horus to denote parts of the whole – and why they avoided vulgar fractions.

The hawk God, Horus, was worshipped throughout ancient Egypt.

Legend has it that Horus's left eye was ripped out in battle, but reinstated by the ibis-headed God, Thoth.

The Eye of Horus

The Eye of Horus became a symbol of 'wholeness' or 'completeness'

But the parts of his eye were used to denote fractions.

The Egyptians began using fractions over 4000 years ago.

As their society grew, fractions were used to divide up precious land along the Nile.

They were used to split the year into seasons so that they knew when to plant crops.

And it would have been almost impossible to impose fair taxes without fractions.

But calculations could be cumbersome, as almost all of the fractions that the Egyptians used were of a specific type.

The Egyptian system was based on unit fractions, which always have one on the top, and a whole number on the bottom.

With one as the numerator, this meant that the Egyptians had no symbols for fractions such as five-sixths or seven-tenths.

Instead, the Egyptians would express these numbers as the sum of unit fractions.

This complicated practice of adding unit fractions, continued from the ancient Egyptians through the Greek and Roman empires until the Middle Ages.

Using unit fractions alone made calculations difficult, but they were considered the only correct way of writing fractions.

It is because of this belief that the fractions we use today are known as 'vulgar' fractions.

Because they do not celebrate the wholeness of the great hawk God, Horus.