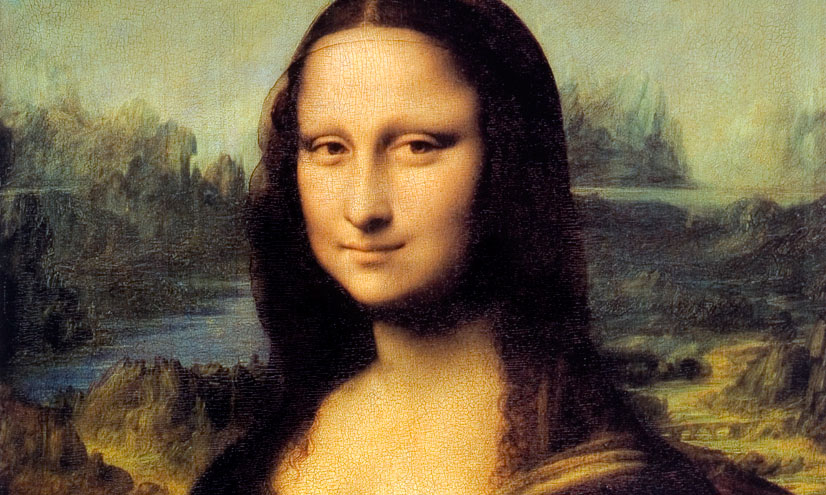 Maths and the Mona Lisa

See the Golden Ratio in the Mona Lisa and how it has contributed to the painting becoming the most viewed artwork in the world.

The Louvre in Paris is home to the most famous work of art in the world.

The endless fascination with the Mona Lisa has led to many theories about what inspired the painting.

One of the most interesting has maths at its heart.

The painter behind the Mona Lisa was the great Leonardo da Vinci.

Renowned for his skill in both the arts and sciences, many believe da Vinci combined these fields in his artistic works.

One of the most accepted theories is that the Mona Lisa displays the Golden Ratio, a geometric relationship that has come to represent aesthetic perfection.

The ratio can be shown using lines.

The ratio between the line lengths is the Golden Ratio, approximately 1:1.618.

A rectangle drawn in these proportions is called a Golden Rectangle, which humans find intrinsically pleasing to the eye.

It is believed that many artists of the Renaissance period used the Golden Ratio to create more aesthetically pleasing images.

In the case of the Mona Lisa, the theory is that da Vinci first applied the ratio to the nose.

Then again for the proportions between the nose and eye.

Then moving down to the chin.

And so on around the portrait.

The positions of these boxes culminated in a distinct pattern, known as the Golden Spiral.

It seems likely that the Golden Ratio plays a large part in our fascination with the Mona Lisa, but we'll never know for sure.

With her ambiguous smile, perhaps only Mona Lisa herself knows the answer!