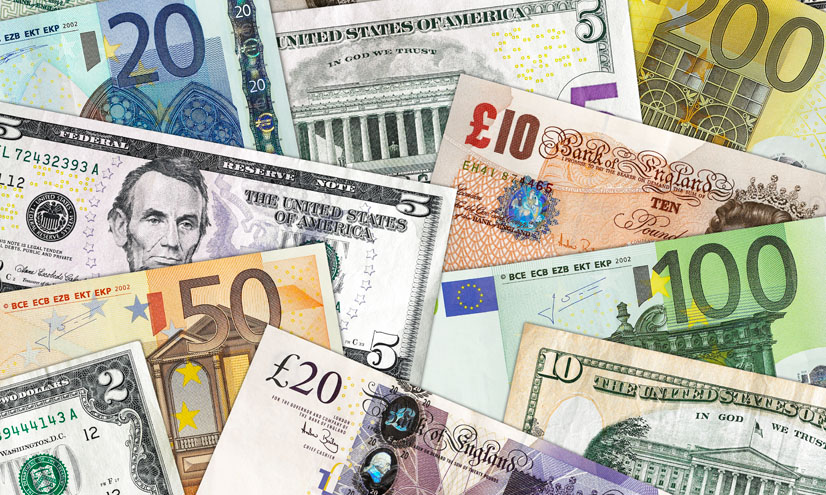 Why are currencies worth different values, and how do you calculate the cross-currency value of your money?

The world is full of different kinds of money.

And while you might have a few hundred dollars in America, in Somalia, you would be a millionaire!

But changing money from one currency to another is not just something you might do on holiday.

Trading money into different currencies can make you money, too.

The exchange rate is the ratio at which a unit of one currency is exchanged for another.

Exchange rate:
Value of one currency against another
Often expressed as a ratio

When exchanging American Dollars for Indian Rupees, for example, the ratio could be 1 to 44.

So one Dollar is the equivalent to 44 Rupees.

To convert Rupees to Dollars, the number of Rupees is divided by 44.

So one Rupee is approximately equivalent to two cents.

The value of a country's currency changes because of many varying factors, from how much money is in circulation, to interest rates.

As the money fluctuates, traders buy up currencies, trying to buy when the currency is cheap and sell when it is more expensive.

This is the same transaction completed by holidaymakers.

If a tourist went from America to India and changed 10 dollars to Rupees when the exchange rate was 1:44 he would get 440 Rupees.

But if he returned and the exchange rate had changed to 1:22, he would get 20 dollars back, despite having started with only 10 dollars.

Currency fluctuations tend to be minute – often only a hundredth of a percent each day.

But with over 3.2 trillion dollars-worth of currency being traded daily, even gains from such tiny fluctuations can be enormous.