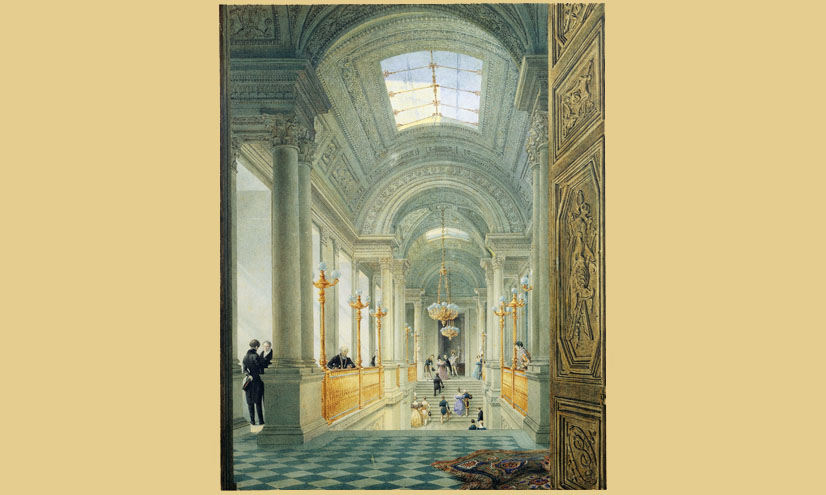 Until the 15th century, artists' limited use of scale and proportion meant that their artworks looked flat.

But that all changed when geometry provided a new perspective.

Perspective is the mathematical art of realistically showing three-dimensional objects, in two-dimensional form.

Filippo Brunelleschi was a Florentine architect.

In 1425, he clarified the rules for drawing in perspective.

This is a picture of some buildings beside a road and some water.

It looks very flat before Brunelleschi's rules of perspective are applied.

It's the angle of the lines that gives the illusion of depth.

Brunelleschi explained that the horizon needed to appear as a line.

Lines running perpendicular or parallel to the horizon remain parallel.

But in order to give depth, the rest of the sets of parallel lines converge at a point.

This is called the vanishing point.

Also fascinated by geometry, Francesco used scale to enhance the perspective shown in his work.

The scale is wrong, making the image look flat.

By changing the size of the men, perspective is restored.

Using scale and perspective, three-dimensional worlds could now be shown on two-dimensional canvases.

This appreciation of perspective influenced many artists, including Leonardo da Vinci.

It was perspective and scale that helped turn the Mona Lisa towards us, and made her appear more real.