The Birth of Our Solar System 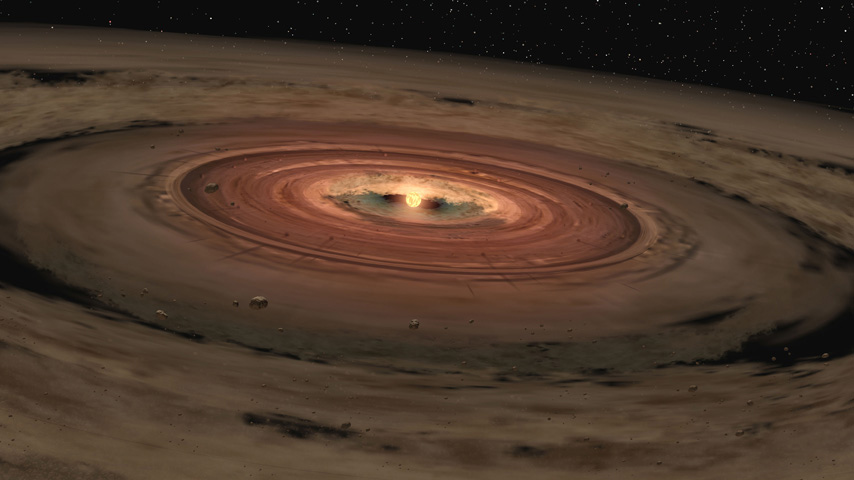 The explosive reactions and forces, from gravity to nuclear fsion, which formed our Solar System.

Our Solar System is the region of space which falls within the gravitational influence of our Sun.

The Solar System is thought to have begun forming about 5 billion years ago, from a giant spinning cloud of gas and dust.

The core of this cloud grew under ...