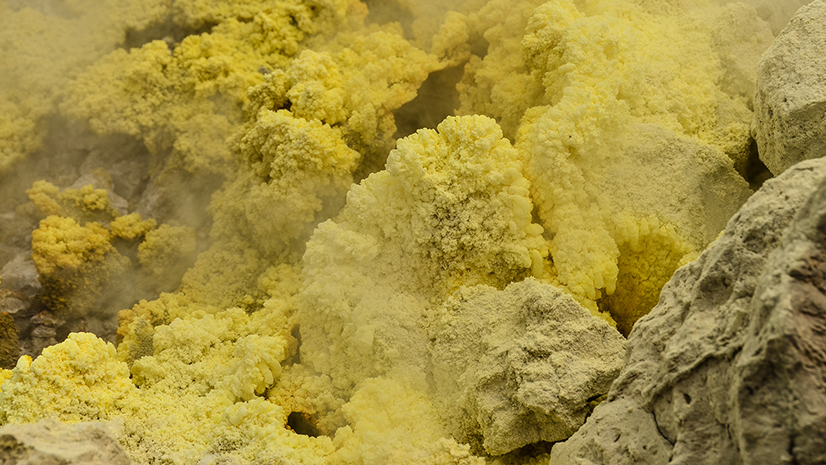 Find out what's responsible for the smell of rotten eggs - compounds of sulfur!

On the planet Venus, the clouds aren’t made of water, like on Earth.

They’re made of sulfur dioxide and droplets of sulfuric acid – two compounds that contain the element sulfur.

Sulfur is the tenth most abundant element in the Universe as ...